You must have heard by now about the latest ransomware epidemic WannaCrypt. If not, let me elaborate;  on Friday May 13th, the world experience a well coordinated ransomware attack that afflicted about 150 countries around the world. Many institutions were crippled, some hospitals cancelled surgeries and other procedures. It was panic for those who were attacked and the world was in shock.

This malware exploited a vulnerability identified a while back by NSA and leaked by a notorious group called the shadow breakers.  Before the malware could do more damage across the world, it’s kill switch was discovered by malware tech. They figured out that this malware was running via a non registered domain name.

WannaCrypt was encode with a specific domain name as a kill switch. So all malware tech did was; buy the said domain name and activate it to kill the malware. That was over or was it? 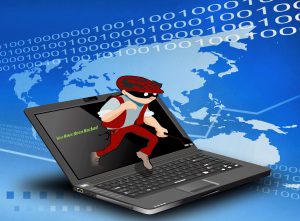 Well you know in our world, scammers find any opportunity to prey on people at their weakest moments. The police sent out a communique warning people about a new scam that is preying on the fear of WannaCrypt.  Microsoft computers are vulnerable to this malware, especially the older operating systems.

The scammers initiate their contact with a pop up window that refuses to close. They claim to be Microsoft tech support and inform people that their computer has been infected with WannaCrypt. The victims of this scam are coerce to give the scammers access to their computer.  After this access is granted, the scammer installs the free Microsoft windows malicious software removal tool and charge the victim a fee.

Even though WannaCrypt targeted window operating systems only, some scammers have come up with apps that claim to keep your android devices free from wannacrypt attacks for a price of-course.  Some of these apps are adware that display a variety of ads and in some cases encourage people to install more apps.

So you have it. Do not fall for these scams. If you have trouble with your computer, take it to a trusted software technician in your city or contact Microsoft directly.

scams and the wannacrypt